Who is JOB? Surfing Teahupo’o ON FIRE

You are here:
Surf Clips 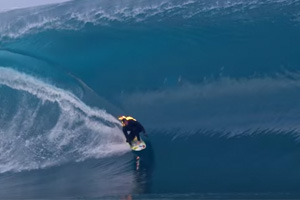 Jamie O’Brien has taken things further than ever before…On this episode of JOB 5.0 he is surfing ON FIRE at the most dangerous wave in the world, Teahupo’o, Tahiti. Yup, ON FIRE. Not to mention he also gets barreled on the wave of his life. Later, Eric Sterman and JOB link up for the most interesting drone shot ever taken inside the barrel of a wave. And lastly, the boys close it out with some Tahitian Supsquatch sessions.