What they Ride, employee edition: Billy Thane and his Driver 2.0 by Mayhem 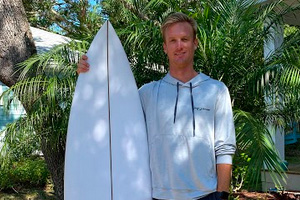 Hello everyone and thanks for checking out today’s post. Today we have a relatively new comer to the Surf Station gang, Billy Thane! 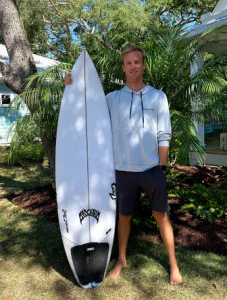 Billy moved here a few years ago and I remember the first time I met him. I was out on the south side of the pier, the waves were a decent size and somehow no one else was out. I watched as a lean toe-headed guy came down the beach and paddled out right near me.. literally my pet peeve considering I was solo… Halfway out he whipped around on a steep left and proceeded to run down the line and belt the end section pretty hard. I was pretty impressed with this new comer and about 15-20 minutes later he paddled up to me and said, “Hi, I’m Billy.. I recently moved here.” We chatted for a little while and I realized he was riding one of my old boards! I kept seeing him out surfing and would wave and say hi and then one day I walked into the shop and low and behold he was behind the counter. I thought, great fit.. it takes alot of guts to paddle up to a stranger and just introduce yourself, he will do well at Surf Station.

Well, thankfully I was correct as Billy has become an integral team member at the shop. He is very interested in his equipment and proved to be quite a challenge to equip considering how fit and thin he is for his height. He is 4″ taller than I am and not even 5 lbs heavier(I could probably shed 5 lbs tho..). He rode some boards that were a little chunky for him and also some boards that were a little skinny for him before settling in on his custom Driver 2.0, thinned out for his body type.. enjoy the post! 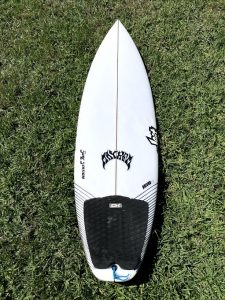 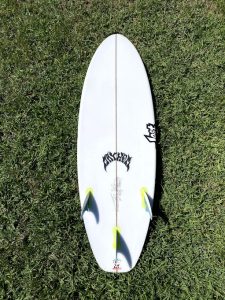 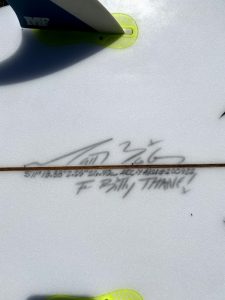 Words from Billy regarding his Driver:

“I’ve had this board for almost a year now and I would have to put it up there as one of my all-time favorites. I knew it was a keeper as soon as I picked it up and felt the rails. My go to board/daily driver (along with half of the other guys in the shop) is my CI Dumpster Diver in Spine-Tek but when there’s a little extra push and size I like to go with my Driver 2.0. It’s super fast and responsive which are the two attributes I look for in a more high performance based short board.

Compared to the original Driver, the 2.0 has more width towards the nose and has a flatter entry rocker which gives it some good drive from your front foot in addition to holding speed through carves. It also has a bit more foam under the chest which I’ve really noticed when paddling. I’ve had my best sessions riding it in chest to overhead surf but it will still perform in the waist high range. 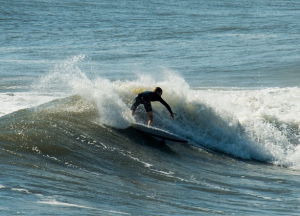 I’ve found that the MF fins work really well with this board. It’s so fast with a good amount of tail rocker so the more raked out fin adds some good control when pushing the board as hard as possible.” 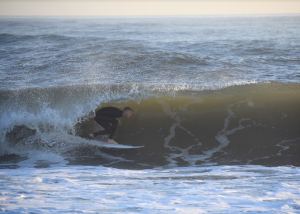 Check out our inventory of Driver 2.0s here, we have more on the way!