What they Ride: Cullen Traverso and his Quiver Killer in C4 tech

Hello everybody! I contemplating putting a post up this week due to all of the craziness going on in the world at the moment.. then I thought “no, I want to continue as normal so people have SOMETHING fresh to check out while sitting at home staring at the walls!”

Today’s feature is on an all around talented human being, Cullen Traverso. Cullen is originally a gulf coaster if I am not mistaken and has surfing in his blood. His dad Kit charges waves mere mortals like myself would never dream of and his talent on a board has been passed down to Cullen. Cullen is one of the best skaters in town and has no fear and also happens to be one of the most explosive surfers in town. I can always tell when Crud is out just by scanning the line up and looking for exploding lips.. Cullen does not hold back!

Fun fact, I have known Cullen for nearly twenty years, he is a year or two older than I am and when I moved to Aug back in the day he and his homies would have epic house parties.. trampolines, skate ramps in the living room on second story condos, the works.. I am happy to feature Cullen and the work of Drew Baggett(fellow Flagler alum and all around awesome mad scientist) and Stew Chalder(beer connoisseur) of Old City Custom epoxies.. enjoy! 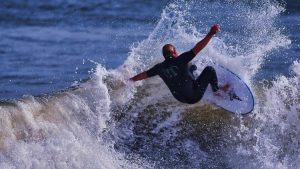 Bang! Someone get this guy a new wetsuit.. 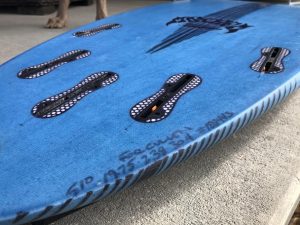 they come in all these snazzy colors too! 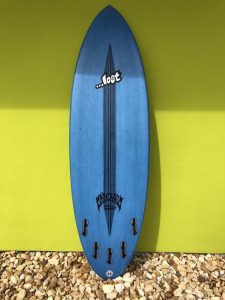 “For me, this board is called the Quiver Killer for a reason because it works in everything. I had recently hit a slump in my board quiver as I approached varying conditions with different boards and eventually breaking all of my boards at some point. Being down to nothing, I re-evaluated what I wanted in a board whether it be all around or traveling and the quiver killer made the most sense. I’m wider and tend to ride more front foot heavy, so the wider nose or entry appeals to me. The round tail has a lot of hold which helps in larger or washed out conditions. The other secret weapon to this board for me is the 5 fin set up with the FCS2 system. If I want a board that can pivot off the bottom and in the pocket I go to a thruster and if I want speed and drawn out carves, I go to a quad set up. But my go to the last few months has really been the MTF twin fins with the trailer. It has the drive and loosens it up, but the round tail keeps the hold, even in overhead surf! But the core performance of this board is really in the construction. I’ve been riding and testing Drew’s (Inspired Surfboards / Old City Custom Epoxies) boards and technologies for 2 decades now and he’s really figured out how to bring a lot of energy to these boards with the Black Dart and C4 constructions. I really dig the C4 because the cork on the deck and under the glass helps dampen some of the chatter you tend to get with the epoxies, but still has the liveliness and definitely more spring than a poly build. Not to mention the extra strength as I’m really tough on boards and these builds seem to really hold up without a lot of pressure dings. I can’t advocate these constructions enough and urge everyone that is looking for something to new to try to get one under their feet.” 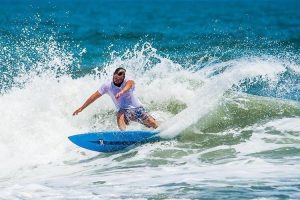 Josh constantly is refreshing the inventory on C4 construction as we sell out constantly so if you are in the market please hit him up at Josh@Surf-Station.com or check out the inventory as they refresh here! 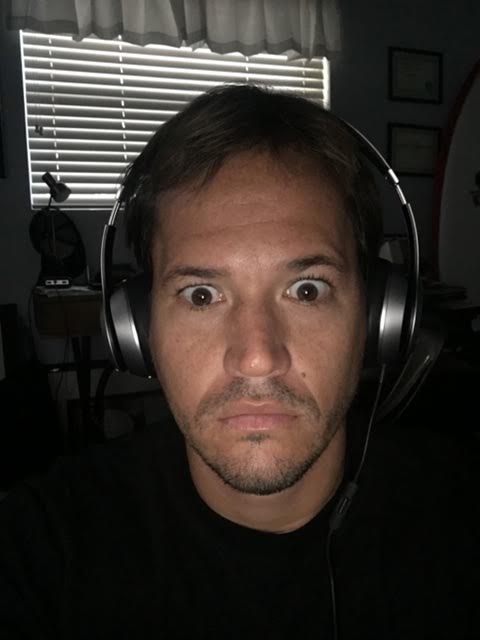