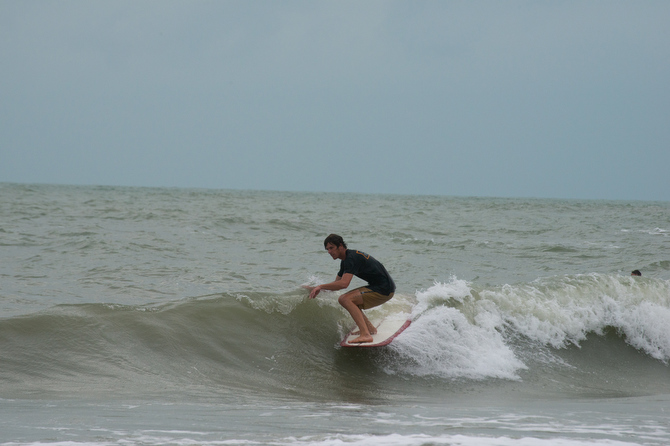 For those seeking out swell in the Sunshine State, balance is key. No, not in a literal sense of being able to pop up on your board without toppling over. It’s a fine balance of the culmination of factors including wind, swell direction and the right sandbar to produce the fun-sized waves that we Floridian surfers all crave. Unfortunately, this balance is rarely struck during the long, steamy summertime months.

For many of us swell-starved surfers, summertime is spent with our eyes set on a brighter future: hurricane season. Though Floridians know the devastation that can from tropical storm and hurricane activity all too well, the allure of potential swell following the dog days of summer is too much to ignore. June 1st marks the official start of the Atlantic Hurricane Season, although this season started early with the formation of subtropical storm Andrea in mid-May. Andrea quickly weakened to a tropical depression, followed by the formation of tropical storm Barry.

Unless you’ve been hiding under a sound-proof rock this past weekend, you’ve heard the buzz surrounding Barry’s approach toward Florida’s Gulf Coast. The Gulf Coast is encircled by Mexico, Cuba, Florida, Alabama, Mississippi, Louisiana and Texas. Though this area has produced quirky, creative talents the likes of professional surfer Sterling Spencer, it has never been known to produce world-class waves. But with the help of tropical storm Barry, the Gulf did just that.

The National Weather Service upgraded Barry to a Category 1 Hurricane last Saturday morning, although it was downgraded to a tropical storm again by Saturday afternoon. With Louisiana in the storm’s projected path, experts warned residents of dangerous storm surge, heavy rains and strong winds. Despite these warnings, surfers from around the state flocked to the Gulf coast in search of swell to break up the summertime doldrums. We caught up with William Ball, photographer and restaurateur who resides in Holmes Beach, FL to live vicariously through his tales of catching this long-awaited swell. 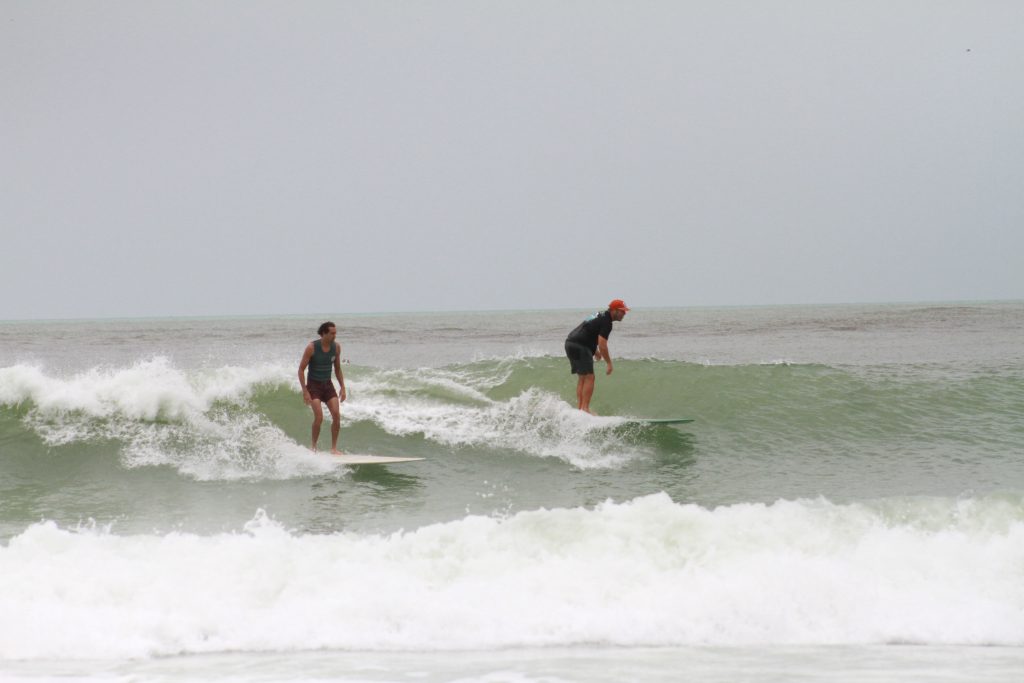 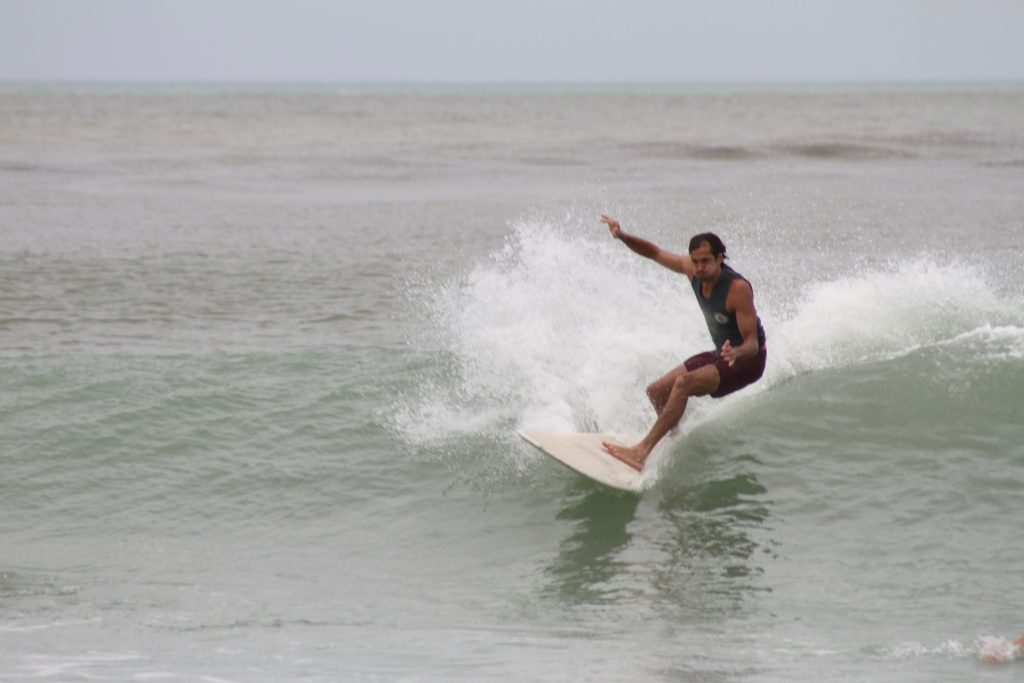 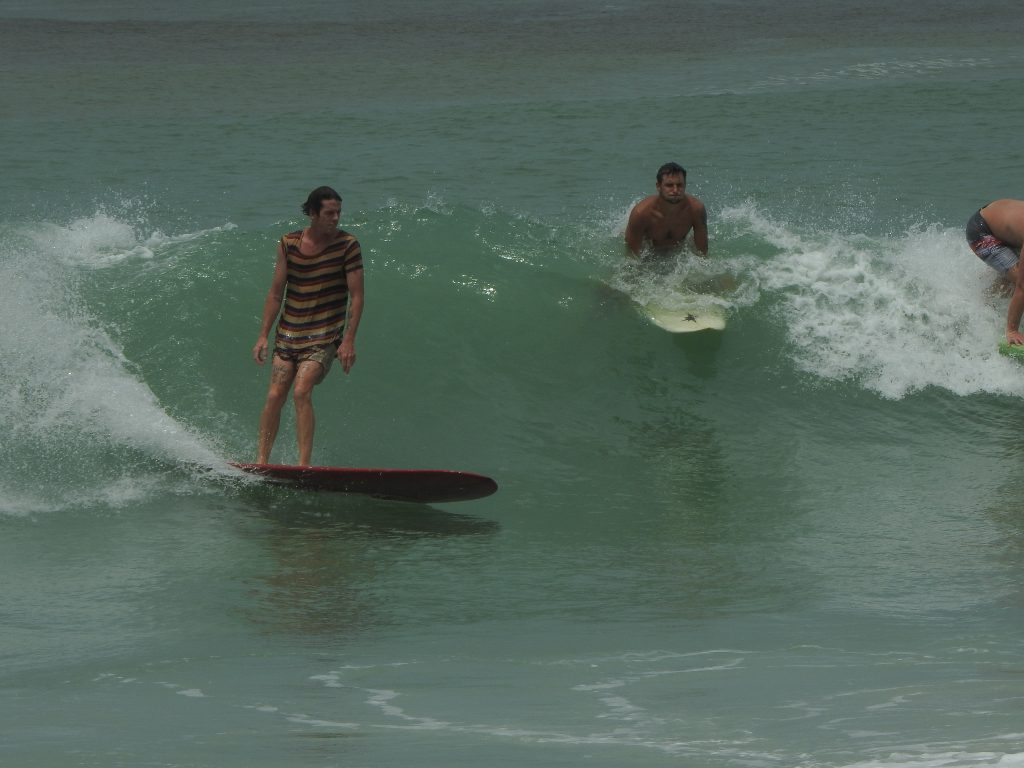 Now tell me a little bit about finding swell in your area. Where do you usually surf? What sort of swell direction and wind are you typically looking for ideally?

While swell may be remarkably inconsistent in the Gulf of Mexico, we do get surprisingly good swell every now and again. I usually surf at the rocks on Lido Key in Sarasota County, or at either the north or south jetty in Venice. My favorite swell patterns occur at both places deep into the winter. Winter holds the loveliest, glassy offshore waves in the gulf. The tail end of hurricane pulse can also produce a well-groomed wave with light offshore winds.

What peaked your interest as far as the Tropical Storm Barry swell? Did you hear about it first or did you had a hunch that there was swell on the way yourself?

I found Barry to be an interesting storm in that it produced a massive amount of rain, but not a heavy amount of wind. I usually hear about swell coming long before it arrives. I read that Thurston Moore feels for vibrations as opposed to watching the news. My method of swell prediction is similar…I wait until the interactions I have with people throughout the day indicate that surf will be arriving soon.

What days were you able to catch the swell and where did you surf?

Barry sent swell to our area of Florida that peaked on the eve of June 12th and the entire day of June 13th. I surfed The rocks at Lido Key in Sarasota on the evening of the 12th and north jetty in Venice all day on the 13th.

Tell me a little about what you saw when you first got to the beach that day. Set the scene for those of us who are still surf starved.

I arrived at the north jetty in Venice to find my colleague “Baby Dino” filming our friends from a towel that was neatly laid out with his belongings cast to the side of it. He had a knee brace on and was limping due to an injury from surfing the night before as the swell was starting to show its face. He said “it’s torture man.” I instantly knew what he was referring to as a large head high glassy wave started reeling from the end of the jetty towards shore.

Describe the swell that day and how the waves were. Was it typical of your area for this time of year? How were the crowds?

During the peak of the swell on June 13th, the waves were glassy and head high from early in the morning until well into the late afternoon. Barry produced waves that were different from most hurricanes as it lingered north of us longer than storms usually do around this time of year.