Thinking About Buying A New Surfboard? Read This First

You are here:
Zander's Blog 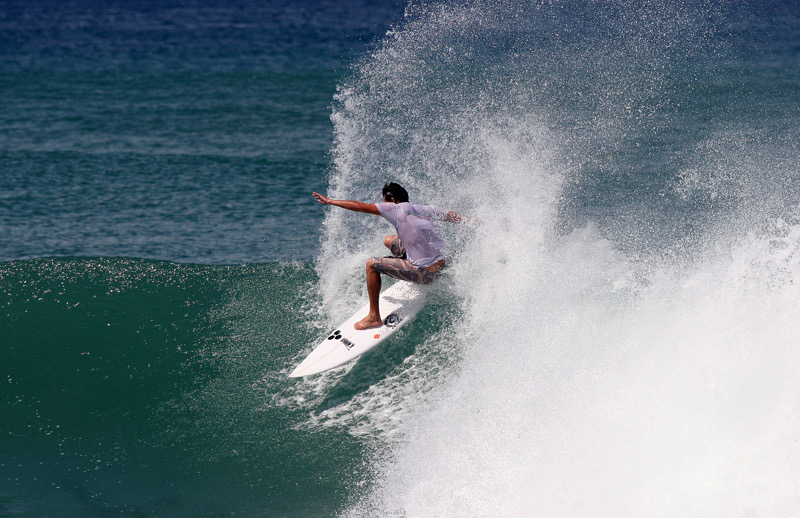 Matt Ollis — the former longtime board manager at The Surf Station — is more in tune with surfboards than many shapers. Seriously. He’s a walking encyclopedia of design knowledge, and he’s helped hundreds of surfers dial in their equipment over the years. With that in mind, we sat down with Ollis to talk design theory; including volume, concave, fins, rocker and more. Because when it comes to your next surfboard, understanding the intricacies between each will make all the difference.

When did you really start dialing in the technical aspects on your own boards?

When I lived in Sebastian I worked at Inner Rhythm [surf shop], and they had a shaping bay in the middle of the store. It was the coolest thing. You could watch Eric Swanson make boards. That, to me, was fascinating. And so I basically grew up watching boards being shaped in that shop, and then when I moved up here I quickly started working at The Surf Station. So I’ve pretty much been consuming surfboard design theories my entire life [laughs]

As far as really understanding all of it, it’s kind of like a Rain Man thing, I guess [laughs]. It just interested me. I remember listening to Taylor Knox way back in the day, he said something to the effect of not being a naturally good surfer, and that he had to work double as hard to be a really good surfer. And I was not naturally a good surfer at all. Like I was a chubby ten-year-old and then I was really skinny teenager, and I remember thinking, “I’m not that good, but if I really learn about my surfboards and get on the right equipment, that’ll make a difference.” And that was a big part of my early motivation to learn all I could about surfboard design.

During your days working in The Station, how often did people walk up the stairs with no clue what they were looking for in a surfboard?

Most people knew what they liked. But a lot of them had no idea what specific design elements made what they liked happen. You know what I mean? Like, someone would say they want a really drive-y surfboard but not know the first thing about concave. Or someone else would want a board for barreling waves but not really understand differences in entry rocker. And I feel like that’s where I always came in.

Those subtle things make all the difference. Of course, first you need to make sure you grab a board that’s not too thick or too thin — get that part wrong and everything else goes out the window. But most surfers have a feel for that. If you’ve been surfing more than a year you can put a board under your arm and tell if feels right. But that’s really just the beginning. 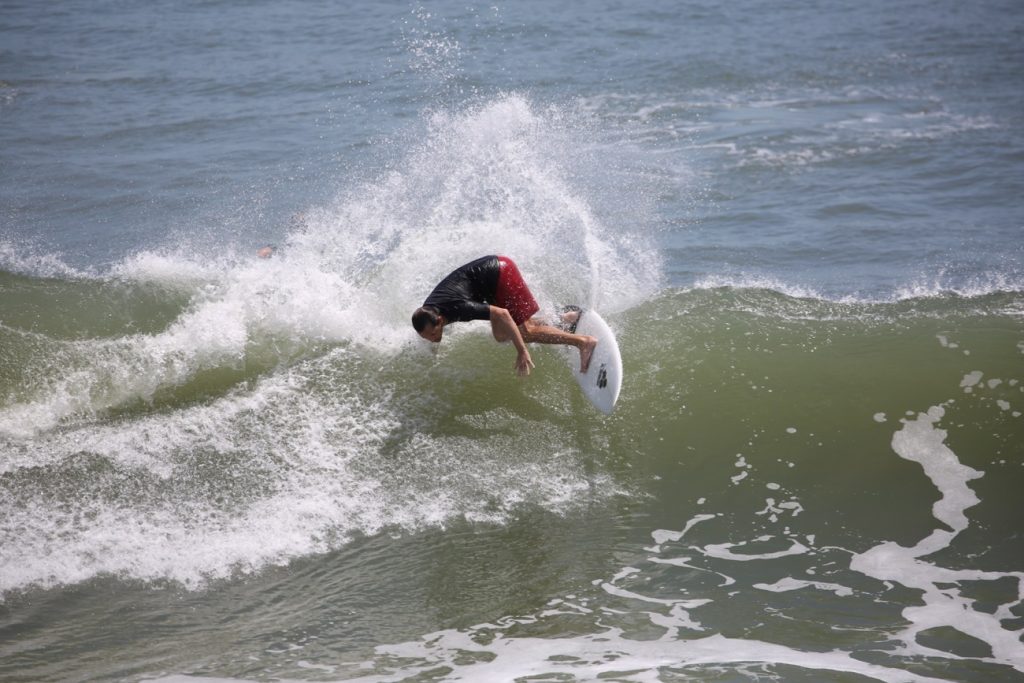 Can you break down some of those design elements? The ones that aren’t obvious?

How water flows under a surfboard is a huge thing. A deeper concave means more water is pushing the board up. So it gives it lift. What does lift do? It makes the board more responsive. When you put a lot of concave through the middle of the board it makes it more lively, which is great for good waves where you don’t have to generate speed. But you don’t want all that concave in a small wave groveler.

Entry rocker is another big one. You want less rocker for smaller waves, and more defined rocker for good surf where you need the lift up front to fit in the face, and to hold on bigger drops.

Volume is huge, but misunderstood. It’s not “one number fits all boards” when it comes to your volume. There is no equation that says if you’re 5’10 and 155 pounds, your volume is always at 25 liters. Because where the foam is in the board is just as important. I ride boards from 24 to 27 liters, and I’d say most people’s volumes range between 2- to- 3 liters. I have an Akila Aipa that’s 5’6 and 24.8 liters, and it looks and feels too small for me when I hold it. But the foam is distributed in all of the right places. Then, I also have a High-5 fish from Channel Islands that’s 27 liters. I thought it was way too big at first, but because I’m riding it in small surf and never pushing it very hard, it’s perfect. So, volume is an important number, but the number will differ from board to board. I always aim to show people the differences between two boards with the same volume, to educate them on how each will ride. Like, if you were looking at two Channel Islands “Fever” models with identical dimensions and volumes, but one had lower entry rocker and a thicker tail, and the other had more entry rocker and a thinner tail, which are you choosing for better waves?

The one with more rocker and the thinner tail?

Exactly. But sometimes those differences are so minute, that to the eye, they’re hard for the average surfer to see. But, they make all the difference between liking and not-liking a board. So many times people dislike good boards because they are simply riding them in the wrong waves.

How about fins? How do you choose between sizes and shapes?

Fin size is mostly based on your weight. It doesn’t matter if you’re a good surfer, a bad surfer, an intermediate surfer or whatever you want to designate yourself as — you either ride a small, a medium or a large fin and that should correlate with your size. But that’s for your normal, everyday shortboard. There are some things to consider in terms of fin size and the size of the surf you’re in, because you should actually use a smaller fin in a bigger board for bigger surf, and vice versa. It’s counterintuitive.

What about epoxy versus poly?

I have a lot of boards and the general rule of thumb has always been that if the waves have a lot of natural push a PU probably feels better. If the waves are slower, or you need that extra spring, ride an EPS. And that’s why a lot of people consider an EPS construction for a summer board. But EPS construction is getting way more refined. The foam is tighter so it doesn’t have that chatter like it used too, and there are so many different carbon layups now. I think we’ll see more and more shapers experiment with EPS for a lot of different reasons. They’re stronger, last longer, and they are way better for the environment. You can glass an EPS surfboard without a mask on, and like Phil [Dompe] at 11th Street surfboards, you can recycle all of the leftover foam. It’s truly zero waste surfboard building.

That’s epic. And I do feel that epoxy boards are getting closer to performing like poly’s. My board from Phil works in overhead surf, and before that board I had never liked an epoxy in surf bigger than chest high.

Exactly. You just have to ride and experiment with them. I will say, a board with EPS construction does float slightly more than a poly, so you can getaway with riding slightly less foam with EPS construction, which is just something else to keep in mind when holding them under your arm in the shop.

Check out our Surfboard Selection!

The Space Coast Board Riders Pull Further Ahead In The Battle For The Florida Cup
February 25, 2021

A Collection Of Perfection From The Outer Banks
December 4, 2020

15 Sec. Board Reviews
Advertise with us!
Featured Video: Slide Skateboards!
Try & Keep up with Us!

• "The ultimate measure of a man is not where he

• @ryanhuckabee1 sending a few today at the pier

• Waves still pumping and producing some some ho

• Throwing it back to this mind blowing clip fro

• Some fun surf this morning to start the week o

Your Monday Motivation comes all the way from Hawa

• Discipline is choosing what you want most over

• Paul Reineke charging one of the biggest Flori

☀️The surf was oh so clean here in North Flori

• Team @softech_softboards testing out their new

• Some super fun surf out there today...hope eve

• And into the ocean I go, to lose my mind and f