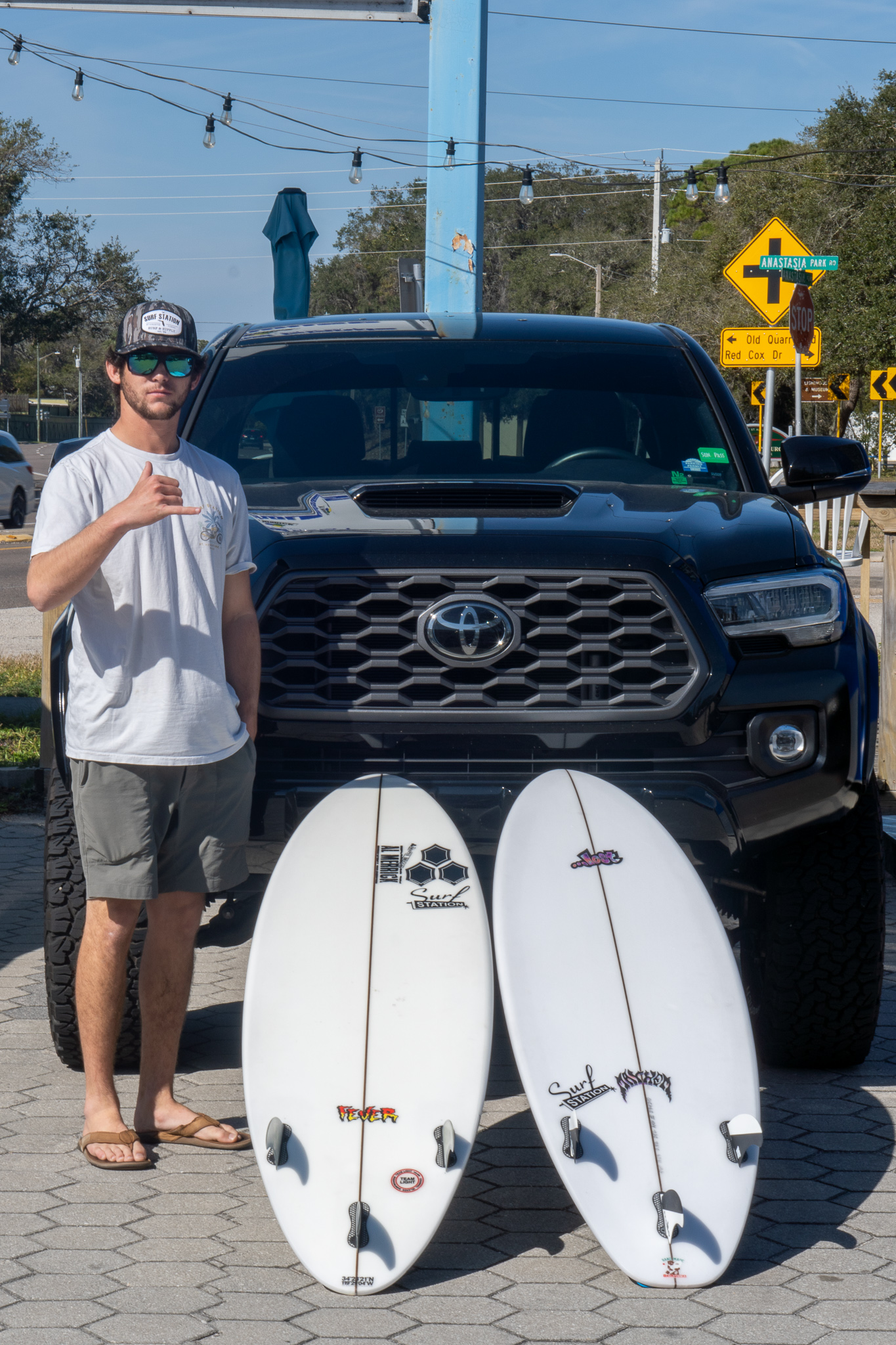 You may have caught Surf Station boardroom manager Alex Leif’s top picks for high performance shortboards the other week, but he wasn’t done just yet. While a select few boards from Lost, Firewire, and Channel Islands took the top slots, he had a few honorable mentions as well.

“If I were to add a fourth board to the mix, I would throw that Lost Little Wing in,” said Leif. “I have one of those and that thing is pretty sick. I watched all these clips of Mason Ho at V-Land in Hawaii and that kind of really turned me onto that board. Because we have some shorter, punchier waves like that with the same kind of barrel sections.”

The short, wide outline of the Little Wing provides the paddle power and speed that we Floridian surfers crave, while softer tails make this board more forgiving. These features are paired with an exaggerated single to double concave, giving the board a playful, lively feel.

“It just wants to be on the rail, it doesn’t want to plane out,” explained Leif. “It wants you to turn it and stick it in the pocket. You can surf that in kind of the same stuff as the RNF ‘96.”

The Channel Islands Fever: The Classic

The other model that is one of Leif’s go-tos is the iconic Channel Islands Fever. A favorite for decades in the high performance world and the preferred shape of local surfboard expert MattO, it’s no surprise that this board makes a top five list.

“Shout out to MattO for showing me that because I used to be the guy riding the bigger boards with the fishes and stuff,” said Leif. “I was riding more like 27, 28 and then he gave me a 25-odd liter board, it was a Fever squash.”

It was then that Leif was turned back on to surfing the shapes he grew up watching pros surf in the early 2000’s. If he were to pick a standard poly shortboard, he shares that the Fever would take the cake.