Peter Mel’s Wave of the Decade at Mavericks 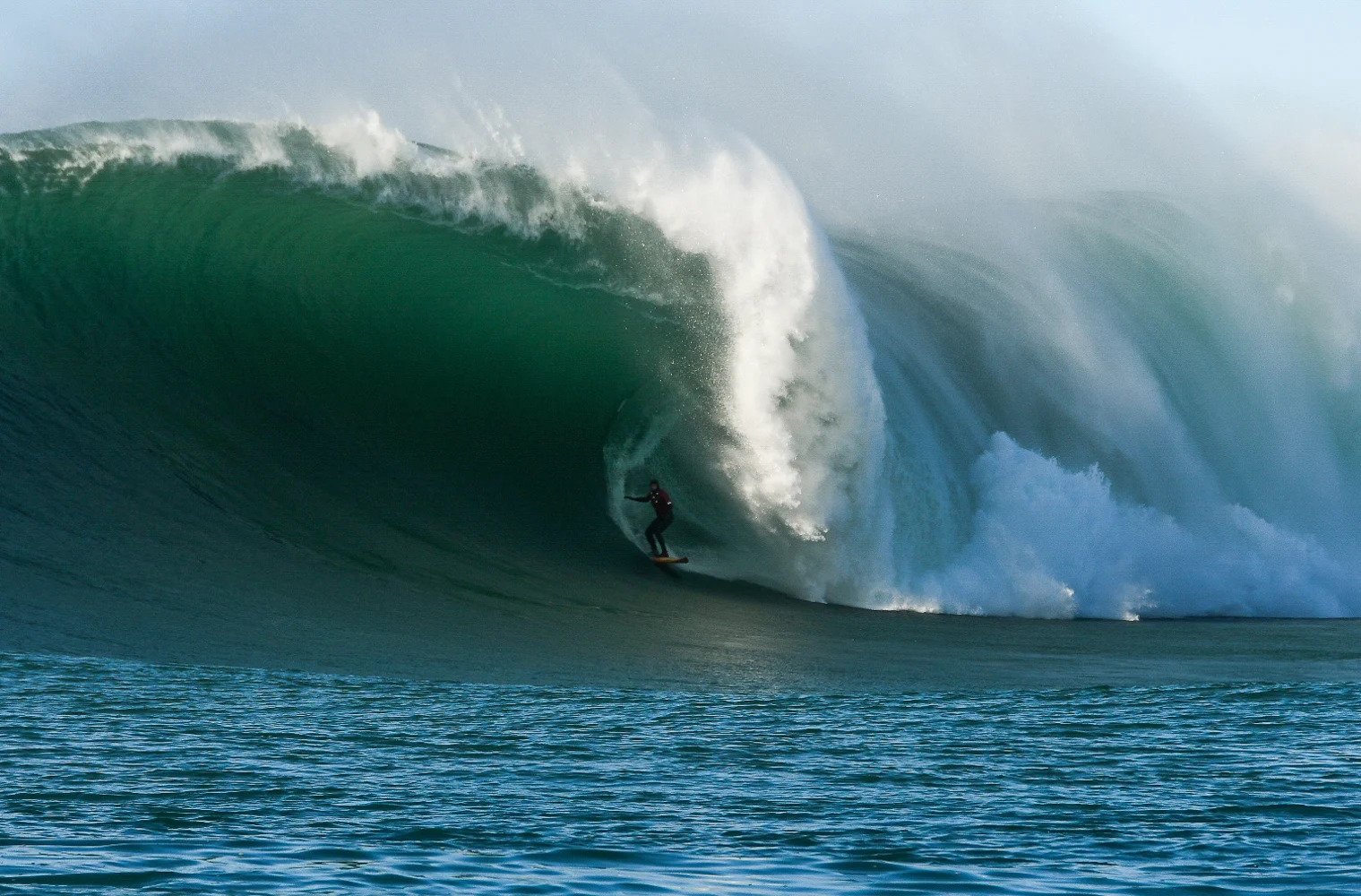 Peter Mel, AKA The Condor, scored what many are saying is the Wave of the Decade at Mavericks yesterday. It may not have been the biggest wave ever to be surfed at Mavericks, but Pete’s positioning out the back allowed him to backdoor the bowl and get one of the biggest paddle in barrels ever witnessed. There’s no question that his years of experience, trust in his equipment, conditioning and shear belief in his ability to make that wave all combined to allow him to ride the perfect line thru the barrel looking almost casual in his approach!

Pete is candid in saying that his calculated approach at Mavericks on this day is in large part due to his son John Mel running safety on the jet ski in the channel, and his trusty 9’10” Channel Islands rhino chaser under his feet.

Now check out the view from the cliff, which really shows just how deep he was on the takeoff, as you can’t even see him at all on the wave until the very end when he gets spit out of the barrel. Truly an incredible feat of daring, confidence and bravado. Peter Mel…you are THE MAN!!

15 Sec. Board Reviews
Advertise with us!