(Please note the following disclaimer): This surf forecast is often tweaked a bit- sometimes even radically changing (up or down)- based on analysis of the latest forecast model runs that influence potential wave-generating weather systems. Consequently, the 4-7 day portion of the surf forecast should be taken with a grain (or two) of salt…

From the NHC tropical weather discussion (8/8/2020): A tropical wave is located several hundred miles west-southwest of the Cabo Verde Islands.  Slow development of this system is possible during the next couple of days as it moves slowly westward. After that time, environmental conditions are expected to become less conducive for development.

Looking well ahead, medium range forecast model runs that had previously suggested a strong hurricane entering the southern Gulf of Mexico around  August 20-21 have totally backed off:

Run to run, earlier in the week the GFS consistently suggested this for several days with little variation in track and intensity of a strong topical system entering the southern Gulf of Mexico the 3rd week in August. As you can see with the above screen grab, the GFS flopped to nada now. I’ll monitor models to see if any flip back to game on in the Gulf.  Stay tuned…

Both NOAA and CSU have upped the ante, predicting a well above normal (possibly historical) active season with a total of up to 25 named storms, 12 becoming hurricanes with up to 6 reaching Major Hurricane status. WOW!!!! 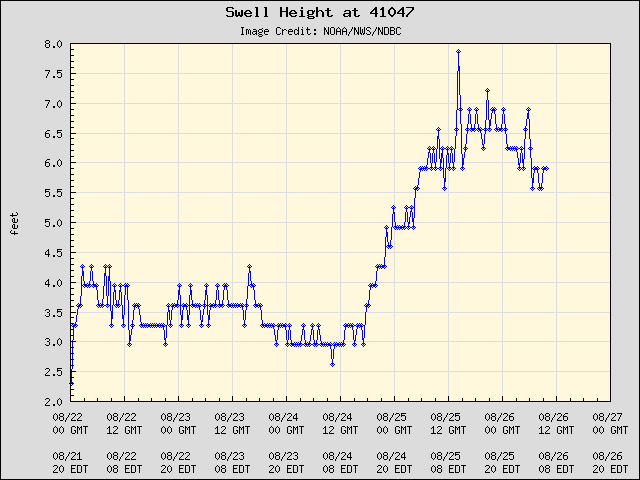 This map illustrates sea height analysis/forecast for the Atlantic Ocean just north of the northern Bahamas off the southeast Florida coast: 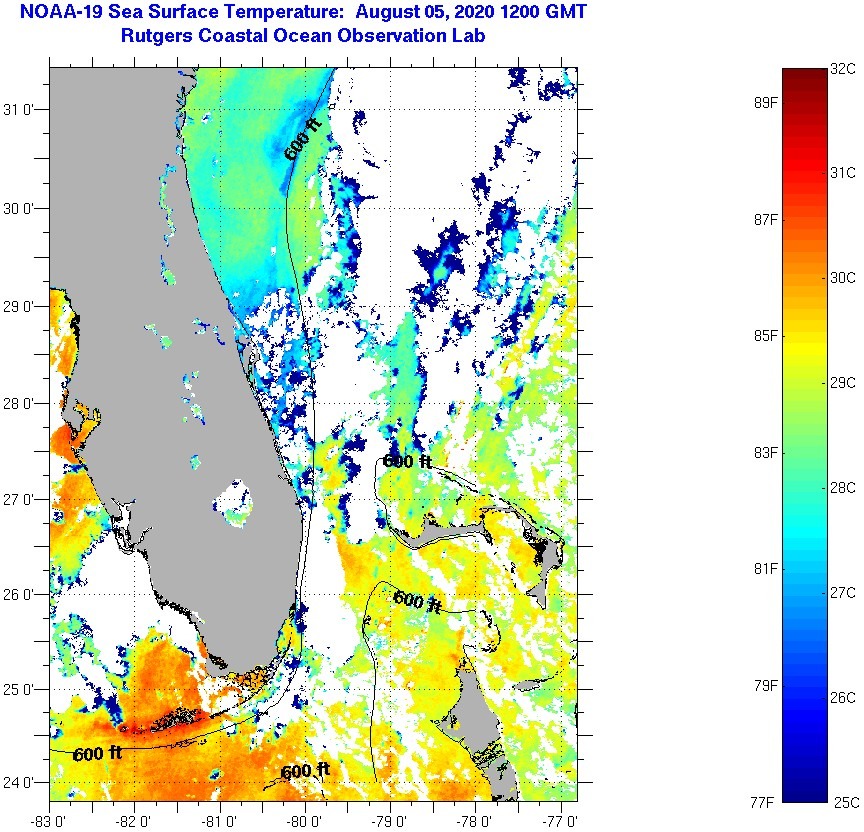 CSU’s Dr. Klotzbach discusses the tropics and weather in his Twitter feed.

The NHC Atlantic Tropical Weather Discussion and the tropical western Atlantic satellite loop are good tools to monitor the Atlantic basin for activity.

Here is a link to the impact hurricane activity has on our coast: Florida beaches face sand shortage