You are here:
Surf Industry News 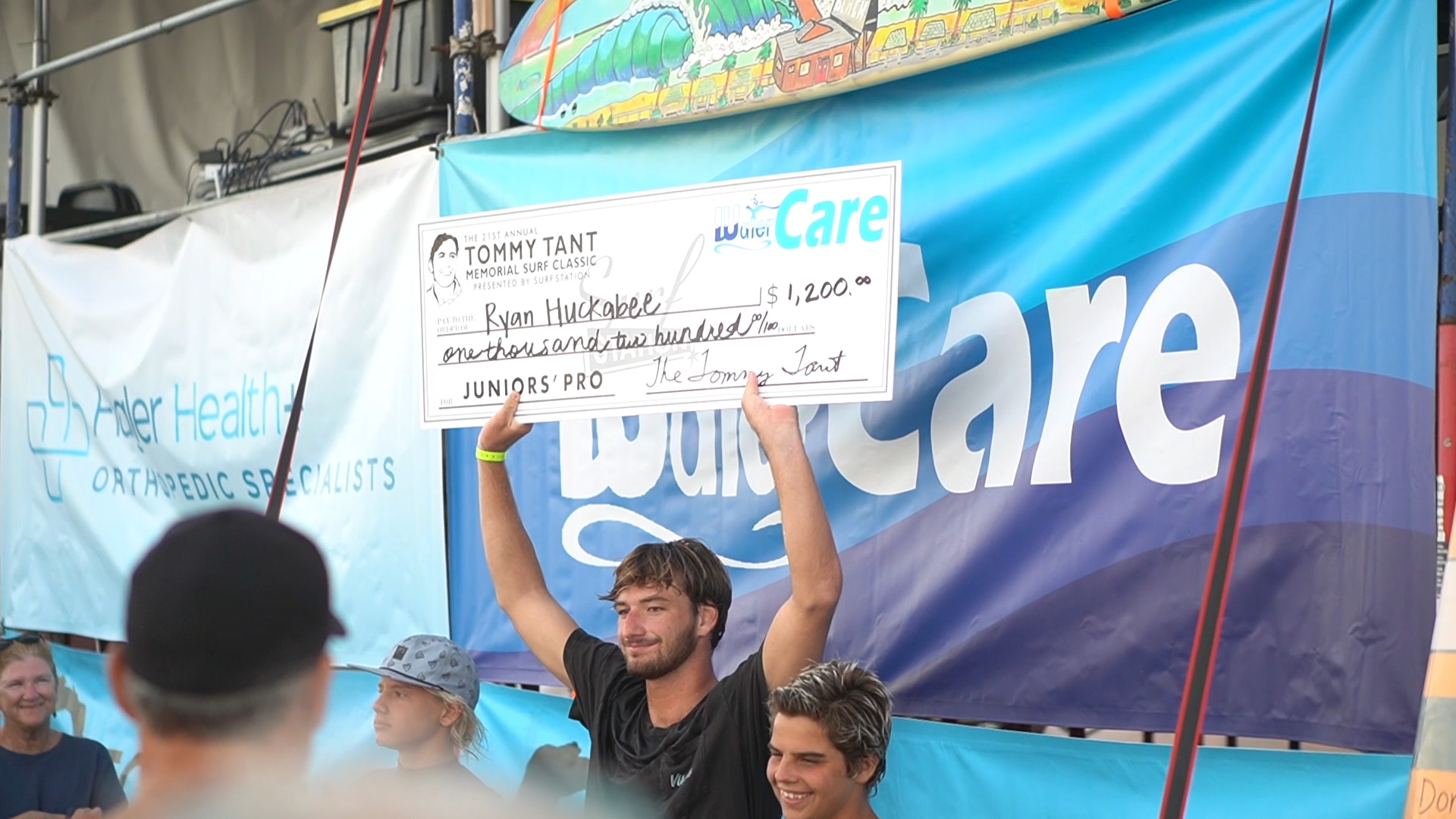 “You can never know the end from the beginning.”

William Tant shares these words with rows of expectant young faces sat in front of him, donning salted hair and damp wetsuits. He stands tall, repeating himself and letting those words sink in as he scans the crowd.

“You can never know the end from the beginning.”

When Tant’s brother Tommy passed away unexpectedly at the age of 24, he could have never known that he would be standing in this place 21 years later. In front of a community of surfers filled with budding talent sitting side by side with the seasoned professionals that prove that surfing can be a lifelong passion. Side-by-side with friends and family that helped make the Tommy Tant Memorial Surf Classic for the last two decades. Among his peers that aided in gifting over $172,000 in scholarship funds for college bound students.

You Can Never Know the End From the Beginning

This past weekend’s contest held true to Tant’s words of wisdom. The weekend with an anemic sunrise, as the rays feebly broke through storm clouds and gray skies. By time the first amateur heat of the day kicked off, streams of rain dumped from the sky, soaking surfers and the contest site.

Competitors were met with challenging conditions, as the wind howled out of the North at double digit speeds. But as Tant so aptly reminds us, gray beginnings can break and make way for sunny endings.

About midday, that’s exactly what happened. The sun broke through the clouds and began to dry out our rain sodden competitors, the stoke level still high. Amateur competitors took to the waves, showcasing their talents in the building surf.

Sunday’s competition was kicked off with improved conditions compared to the previous day, both in terms of weather and surf. Onshore winds had decreased as the surf continued to build, just in time for professional divisions to hit the water.

In the end, surfers were going wave for wave until heats concluded just before sunset. After an impressive showing from this year’s pro competitors, it was Ryan Huckabee, Luke Gordon, and Callie Hertz who took home top prizes.