The next time that you visit one of our two locations, I suggest that you take the time to look up. Hanging above head, suspended in all their discolored glory, is a selection of vintage and collector surfboards from both the East Coast and around the world. These surf artifacts are the fruit of the labor of world-class shapers and historical labels, the likes of Duke Kahanamoku, Hobie, and Gordon and Smith, just to name a few. Among these heavy-hitting names is a surfboard manufacturer that has been carried by the Surf Station since we opened our doors in 1984, Fox Surfboards.

Founded by East Coast legend Ted James during the 1960’s, Fox Surfboards was one of the first surf shops and surfboard building companies to sprout up in South Florida.It was back in 1968 in Lantana, FL that James began building boards and selling his shapes out of small retail stores. By now you may be asking yourself, how did a man with such a pedestrian name come to call his label “Fox Surfboards”?

The Peculiar Namesake of Fox Surfboards

The story of the origin of the brand’s nomenclature is simple, if not a little hard to believe. When James started building boards regularly, he was sure that he didn’t want to use his own name for the label. Instead, after venturing to Mexico in search of waves, he found the namesake of his brand. While traversing the tropics, James came across a furry creature that he decided to smuggle back home to the United States. Though he didn’t know what the bundle of fuzz was at the time, he later learned that the critter was a Mexican tree climbing fox. He dubbed his newfound companion “Chiquita”, and kept the fox by his side for many years to come. Thus, Fox Surfboards was born.

It wasn’t until 1975 that James partnered with fellow surfboard builder, John Parton. The duo later worked alongside Dave Friedank of Blue Earth to glass their shapes. Throughout their careers, this pool of talent would expand retail stores to Miami, Fort Pierce, and Melbourne, Florida. Eventually, Fox Surfboards moved its factory to a larger location in West Palm Beach. It was here that the brand became one of the biggest surfboard manufacturers and retailers in the United States.

After over a decade living in the bustling atmosphere of South Florida, James decided that it was time to set course to creating a more laid-back life for himself. Instantly, he was drawn to the waves and relative seclusion of Hatteras Island. By 1976, James had moved to Hatteras Island full time. It was here that Fox Watersports was born, and still stands today. One of the original surf shops in the area, Fox Watersports is still owned and operated by the James family today.

The Life of an East Coast Legend

Shortly after relocating his business to Hatteras Island, James was met with the frustration caused by the heavy winds common to the area. The wind would ruin the wave conditions for surf, leaving James faced with a challenge: adapt, or simply give up. Ever the innovator, James soon immersed himself in the sport of windsurfing. After falling in love with the sport, he began producing sailboards in his factory. It was Fox Surfboards that put Hatteras Island onto the map in the world of windsurfing. 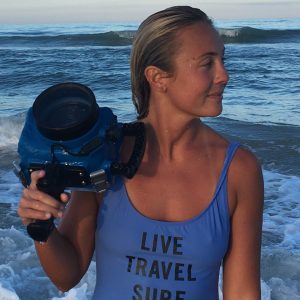