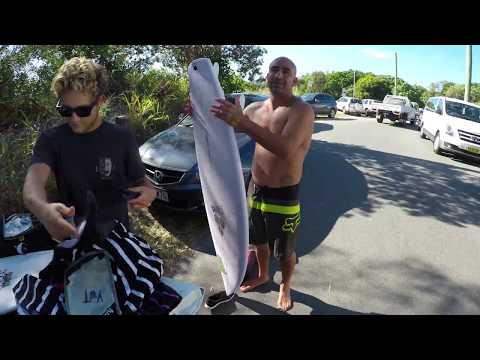 Parker Coffin kicks off the first episode of his new Young Wise Tails series entitled “Inspire”. As he explores a new path in his surfing life—one that is far less focused on competition—Parker learns more about himself and what surfing means to him. Produced by Young Wise Tails, Inspired follows Parker’s various inspirations that range from influential surfers like his hometown hero Bobby Martinez to things that get him out of his comfort zone like attempting to shape a surfboard. “Growing up in Santa Barbara, Bobby [Martinez} was the one surfer I looked up to and could identify with the most,” says Parker. “Especially because I was a young goofyfoot growing up in the land of rights, as well as having similar sponsors like CI. It was a dream come true to spend some time with one of my heroes, hearing about his journey and learning some valuable life lessons from him between our super fun surfs along the northern parts of New South Wales.”